OVERVIEW | SPECIFICATIONS | GALLERY | ADD-ONS
The world famous Ear Force® X41 XBOX 360® headset featuring 7.1 channel Dolby® surround sound, XBOX LIVE® chat and a digital RF wireless connection for crystal-clear game audio. Combining outstanding comfort with a stunning 360 degree sound field and enhanced online communication, the X41 puts you in the middle of the action so you’ll enjoy a gaming experience that’s second to none.
Playing your favorite XBOX® game with the Ear Force X41 is like having a “secret weapon” in your arsenal. You’ll get a competitive advantage by hearing sound cues that you can’t hear with speakers, such as the soft footsteps of an enemy sneaking up behind you, or the click of a loading weapon far in front of you. By hearing sounds others can’t—and by knowing where they’re coming from—you’ll react faster and take them out before they take you out.

If you’re serious about XBOX 360 gaming, get serious about the sound. Invest in an Ear Force X41 and experience the game the way it was meant to be heard. It will help you to become a better player and you’ll have a lot more fun enjoying your XBOX 360. 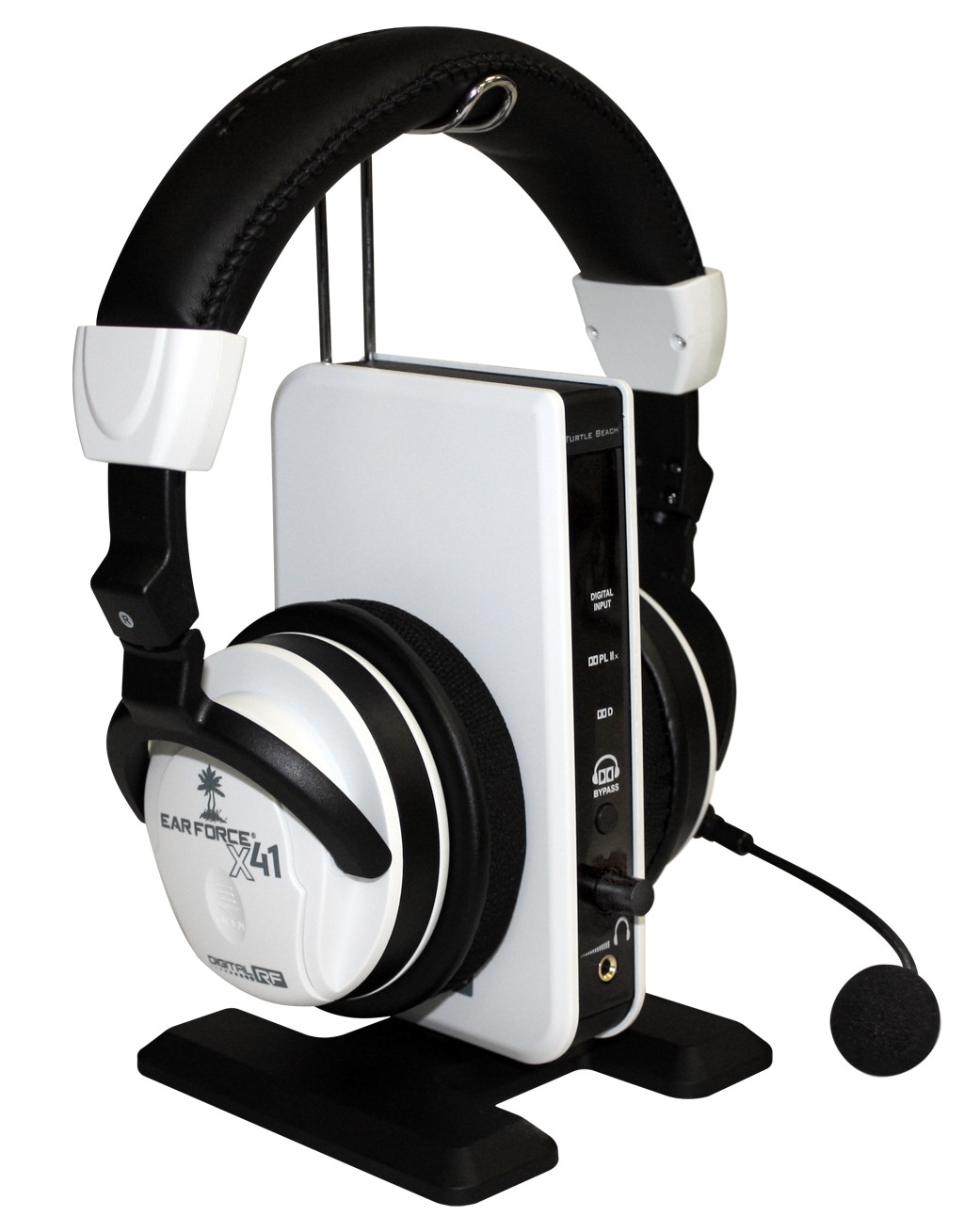